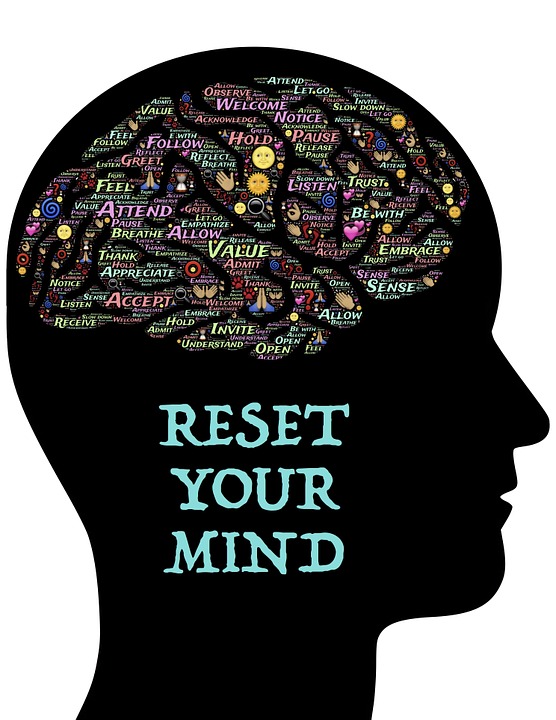 I will start off by saying that thank Heavens that Mercury is out of retrograde. However, that period was rough for my mental state but I came out wiser in the end. Whenever you go through a rough time, that is what happens. That means I should be extremely wise right? Nope. I am?a very slow learner, which may be why I have had a very rough time for a while.

I remember sometime ago I had read on a forum that these two women were laughing at someone they knew from high school. While they had prestigious jobs, the person they were mocking was apparently working at McDonald’s. I shamefully admit that I had my judgmental side of the brain going too. I thought to myself that this person must be a “loser”. ?I also thought “well, I will never set my bar so low to work at a fast food restaurant”. That was also the time I was buying into the The Secret bullshit. I was influenced by those evil Law of Attraction scam artists that were featured in that scam. I had high hopes back then, and most turned out to be crushed!! So was my heart, ego, and that just worsened my depression. What was I so afraid of? That I would be a failure? That I would end up like that person that those two women were making fun of? Heaven forbid.

Fast forward to sometime later and after slightly bouncing back, I found some success with social media management. However, I’m going to be frank. My passion for it was becoming weaker. Many of those in the industry, like in other industries had bad reputations. I did not want to be associated with that. But at that time I was also struggling more with depression. I am sure that was behind it. But I am still doing social media management anyway. ?And during the summer, I started wondering where my path was really taking me.

I went to a Meet-Up group and met a lady who seemed very nice and personable. She told me that she had some connections who may be good social media clients. I definitely was interested in staying in touch with her. One day she invited me out for coffee, and talked about how she helps people financially. I was interested in hearing more about what she had to say, and invited me out to a meeting conducted by her work. I agreed to go, and as soon as I went there I felt a little uncomfortable. I fought that discomfort because I believed it was my depression wanting to make me go home and hide. I knew if I was ever going to succeed at something I had to get out of that comfort zone.

However, once a business opportunity in the financial field was discussed, alarm bells started ringing in my head. ?I ignored those and wanted to be open to what what as being said. I asked questions such as “is this a pyramid scheme, or an MLM because I avoid those like the plague”. The guy at the meeting who talked about the opportunity danced around that, but he danced around that so well I fell for it. No, I didn’t commit to anything. But I wasn’t saying “no” either. I knew very little about the financial industry, but if I wanted to branch out and explore different things- I had to learn.

I went to a few meetings and the more I went, the more uncomfortable I felt. This wasn’t me wanting to crawl back into my comfort zone. This was my intuition yelling at me to get out while I could. I saw it as well during the meetings. It was an MLM/pyramid scheme but they had a creative spin on it. Yes, you had to go out and recruit people and they also had to recruit people to join a team. You clearly?had to bug your friends and family to help them with their financial stuff. Even if they didn’t join, it was fine. As long as you convinced?them to invest with a partner to this company, you would receive a commission.

When I told this woman that I did not want to join, she then told me to not worry about it. However, she kept asking me over and over again when she could come by my home to look at my financial stuff. I told her not at the time and would worry about it after school began. This was in August.

After figuring out that his woman who “befriended” me just to reel me just for her benefit, and never really intended to help me get clients- I ended up falling into another emotional depressive low. I did blow her off in the end, but that is not the point. How did this happen? I wasn’t desperately looking for something new. I was just exploring, and yet I found myself almost once again taken advantage of. I really had no expectations but ended up wasting a lot of time and spark of whatever hope I had. I felt very used by this woman. She definitely was part of a cult AND that she defended The Secret was a dangerous sign. I should have read into those much better.

The fact of the matter is, after raising two kids, and one having special needs for over a decade with not much respite until two years ago, dealing with one failure after another, lost friendships, betrayal, one let down after another and struggling with depression- I’m fucking tired! And now I no longer judge anyone who is in their 40’s or 50’s working at a fast food chain, washing tables or on welfare. Maybe these people aren’t lazy bums. Maybe they are exhausted as well after trying and getting burned each time. Maybe they are dealing with mental illnesses and/or other challenges. Maybe they had their string of bad luck. Who knows. But this is what I had to sadly figure out. Sometimes you need to settle for the time being until you really get your shit figured out.

Yes. you may feel like a failure or a loser, and I guarantee you that you will feel that way at first – but the challenge is not to keep telling yourself that over and over again. That is a huge issue I am dealing with right now. However, when you are dealing with depression, and you are also tired from dealing with continuous blows from life- that is your only option to survive and figure things out at the same time. Depression is an illness, and I won’t ever be cured (despite what those Law of Attraction vultures tell you) but you can get it under control. It takes a lot of hard work. That in itself is very tiring.

Once you get it under control, you will have more fucks to give. You will be more confident, and you will be in a position to know what to really go after. You won’t have to settle forever unless you completely give up which is not what I am by any means suggesting that anyone does. But sometimes you have to set the bar low just for the purpose of collecting yourself without?time restrictions.

We live in a sad, competitive and cruel society. Not only are women shamed if they are not a size 0, but people are shamed if they are not successful wealthy entrepreneurs, or have prestigious job titles. They?are being told it is their fault if they?don’t make it big.?They?are told that they?are failures if they?quit. They?are told that if they?don’t make their?dreams so huge and unrealistic, they?are not dreaming “big enough”. They?are shamed if they?aren’t successful in any of that,?they?are taking the easy way out. Apparently it’s a terrible crime to live a simple life. That is according to those who preach this garbage. Stop listening to it!?

It’s good to have dreams and goals. But if you are tired, and dealing with a mental illness- sometimes you have to adjust them and not feel like a failure for doing so. You may never accomplish your dreams and goals you once had. I know I won’t. Maybe some, but definitely not many. And I am not being negative. I am being realistic because life is tough and I’m tired.

For some,?life is harder than it is for?others. If getting out of bed is the biggest accomplishment you can brag about while going through a tough time, then brag away. Because that is a huge accomplishment for some people. It’s been a major accomplishment for me, but since I have kids I don’t have any other option. Once I have my crap together, then I’ll reach slightly higher, and that’s how it really should go for everyone instead of putting yourself at serious risk for getting crushed by having unrealistic hopes and dreams. And even if you aren’t expecting anything, don’t make the mistake by fighting your intuition either if something is presented!