Did ‘She Really Let Herself Go’? 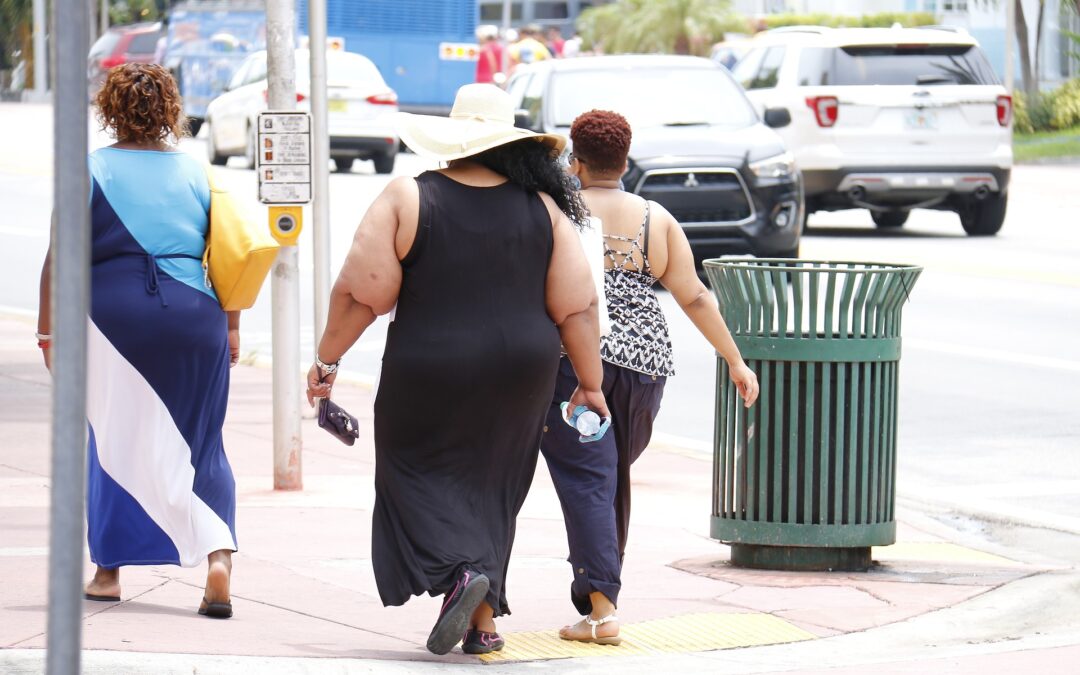 Let’s put COVID aside for the time being (and no I don’t mean that literally as precautions must be taken so we get back to pre-pandemic life again sooner rather than later), and imagine enjoying a latte at Starbucks. The next thing you see is a morbidly obese woman struggling to push the door open, and you see that her hair is poorly kept, and she is wearing tattered clothes, and she reeks of BO. You also can see she has a blank stare.

The first thoughts that are going through your mind are ‘eww, how disgusting could someone like that really be?’, or ‘how could someone even think about going out in public after letting themselves go that way?’ and so on. It is understandable that you would think those thoughts because you really could not imagine how anyone could possibly allow themselves to get that way.

But I will tell you something. I was that woman once upon a time. Yes I was. Looking back on it, it makes me sad when I think about how I struggled. Even though this year has been very hard for me for many reasons as it has been hard for most people, thankfully I am nowhere near that place.

Therefore, on the outside, yes, they really do appear that they allow themselves to go. But inside, they are fighting hard. A very hard battle. They are exhausted so they neglect their needs. They turn to food for comfort (or alcohol), they wear the same clothes daily even if they find it within to shower (which many do not). They don’t even think of going to the salon to keep their hair neat and tidy. And maybe they can’t.

I am not a sexist person, but I am going to say this. Women are chastised if they look sloppy and gained weight as they age. They are told that they are the ones who ‘have let themselves go’ and for the most part men really don’t get the same criticisms. However, it can happen. It just does not happen too often.

Why Do Some Women Often Appear That ‘They Have Let Themselves Go?’ Whereas Others Take Care Of Their Appearance?

Instead of me telling you right away, I will give you the opportunity to answer that question for yourself. Imagine a married mom that has only self-sufficient kids, and had a decent childhood growing up. Imagine that she had decent mental health, and has plenty of support when she is going through a stressful time. She also has good physical health. And it does not matter whether or not she has a naturally slim build.

A woman can take great care of herself, and keep herself well-kept, and not be skinny. Sure, she may indulge in a sugary treat every now and then, but does not allow it to become a habit. This type of woman will never appear to ‘let herself go’, until she ages and potentially has aging parents to care for. Then, let’s see what happens.

Now, let’s go to the other woman who fits the description of the customer who walked into Starbucks. On the outside, she appears that she is a ‘slob’, but why does she appear that way? Let’s talk about her life. She endured a lot of trauma growing up and she never was able to heal from it. She has chronic depression and has had negative side effects from antidepressants that she has tried in the past. Let’s add to that she has PCOS, a hormonal condition that can cause infertility and weight gain.

Add to that she was constantly criticized about how she was not an attentive mother, and the reality is that one of her kids had complex special needs to the point that she was severely burned out from having to take the child to one therapy appointment after another. The child’s behaviors stressed her out beyond belief. This was getting into the way of her marriage, and she wasn’t able to be attentive to her other child that is typical. She never had the support she needed and had to deal with what she was handed pretty much solo. Her husband may have tried to help but the fact of the matter is, the pressure was on her.

Let’s add to the fact that not only did she have a demanding parenting and caregiving job that was quite thankless, but she had her own demons to fight day after day. The only escape she had was food. She indulged in sugary and fatty foods day after day and was becoming addicted to it.

If she had a lot of support around her, she may have not ‘let herself go’, but she didn’t. Her needs were put on the backburner and her depression allowed them to stay neglected. She never washed her clothes even though she still found it within her to wash her hair. She was a shell. A shell going through the motions that found no meaning to life. She went through the motions just because there was no choice. She had to because there was no other option. That was until she once and for all saw that her life would have gotten that much worse if she did not allow a serious intervention to happen, and it did.

After that point, she began to heal, found therapy helpful, and was able to find the energy to ‘no longer let herself go’ and to take care of herself once and for all. This woman would have been a victim of judgment too. A major victim of the judgment of all kinds.

Therefore on the outside, you say a ‘fat slob who wasn’t embarrassed enough to walk in with tattered clothes reeking of BO’ is a sad case to the point of ‘letting herself go’. But the reality is, she was fighting many many battles within. She fought battles with others judging her on her parenting skills who knew nothing about what she was going through. She fought battles with the education system because that is what being a special needs mom is all about.

She was fighting her own demons from the past, as well as her own mental illness that was on the verge of winning. This poor woman was beyond burned out and exhausted. If that was you, would you really care about not ‘letting yourself go’ either? You would do anything you could to escape, and in her case, it was food – and it worsened her PCOS symptoms as well.

The next time you see a woman who appears to have ‘let herself go’, look at her with compassion, tell her you see her, you see that she is fighting many battles within. Don’t look at her with disgust or pity. You really have no idea what she could be going through.