Spreading the Influence with Author and Relationship Consultant Susan Winter 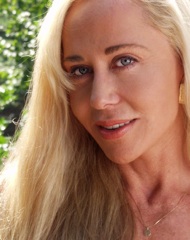 On Getting Social with Miriam, today I had a unique guest! As seen on OPRAH, best-selling author/relationship consultant Susan Winter who has written Allowing Magnificence and Older Women/Younger Men. She specializes in evolutionary forms of loving partnership and higher thinking. She writes, speaks and coaches on accessing our inherent perfection in life and love. She has been featured through the media such as THE TODAY SHOW, GOOD MORNING AMERICA, ABC/CBS/NBC EVENING NEWS, CNN, COSMO, HARPERS BAZAAR, PEOPLE, GOOD HOUSEKEEPING, NEW YORK MAGAZINE, THE LONDON TIMES, THE NEW YORK TIMES and THE HUFFINGTON POST. In radio Susan is a frequent guest on NPR, ABC, PLAYBOY NETWORK (Sirius Radio), and CBS News Radio. Her book book is credited with having changed the cultural mindset regarding older women being loved by younger men. Though today it?s more widely accepted, she talks about something underlying this type of relationship that society still doesn?t fully understand. Susan also pointed out some of the biggest challenges people are facing in terms of finding loving partnership in today?s world. We also discussed ways in which our self-worth and identity are connected to the authentic self, as well as ?architecture? of life events, and how they hold the keys to our evolution. Interesting show, great guest and listen to it below.

Listen To Business Internet Radio Stations with LinkedLocalNetwork on BlogTalkRadio